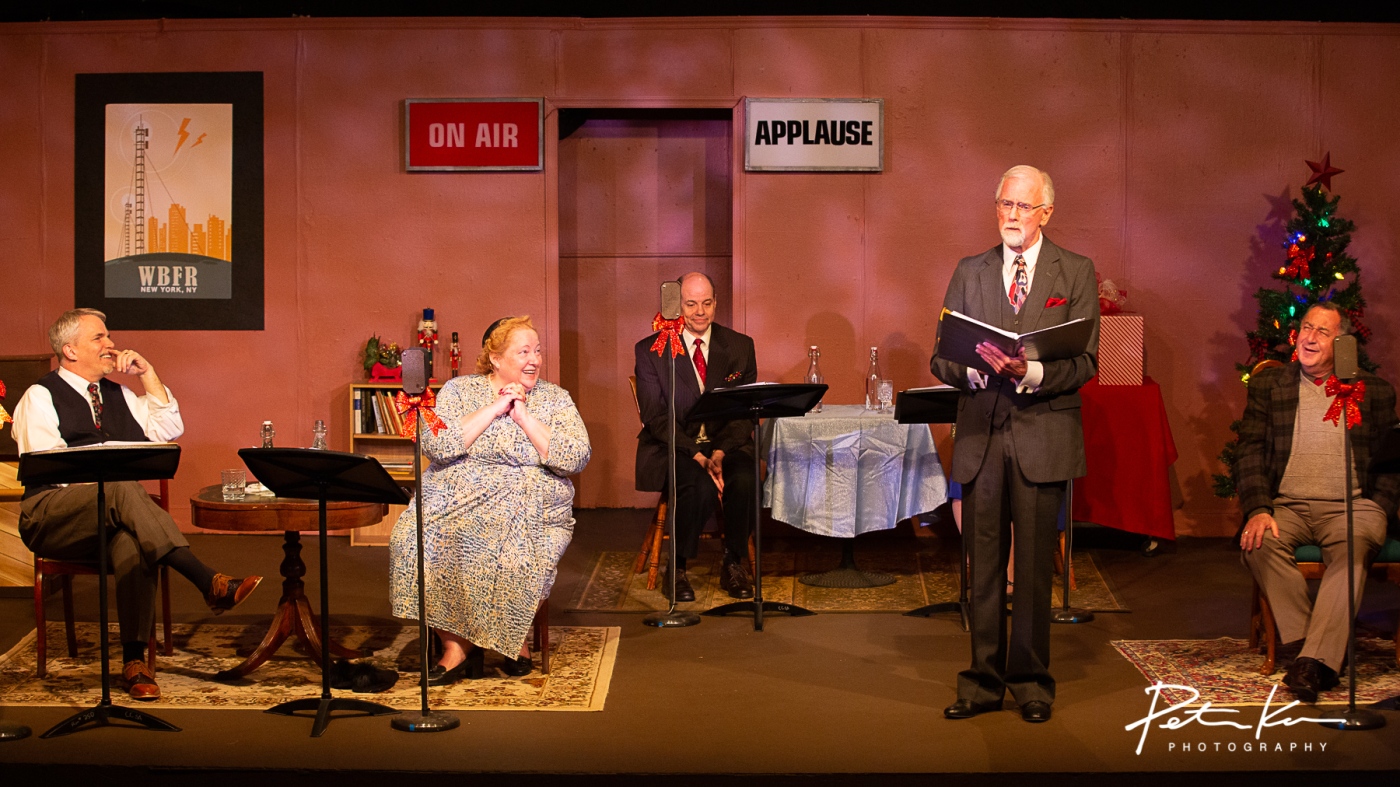 A Christmas Carol is arguably the most famous Christmas story ever. First appearing in December 1843 as a novella written by Charles Dickens, this cautionary tale of a bitter old man who has forgotten how to love and, indeed, forgotten how to show even the simplest acts of kindness, has endured throughout years. The story of Ebeneezer Scrooge, first visited by the ghost of his former partner, Marley, and then by three Christmas spirits that take him on a whirlwind journey to teach him the true meaning of Christmas has enjoyed countless reprints, stage productions, and a multitude of adaptations for television, radio, and films. This production, adapted for the stage by Joe Landry, features a handful of actors who play dozens of characters. In his Director’s Note, Touchette, reminds us that the actors, without benefit of costumes or make-up, have to convince the audience that they are different characters. They all do so with remarkable finesse. 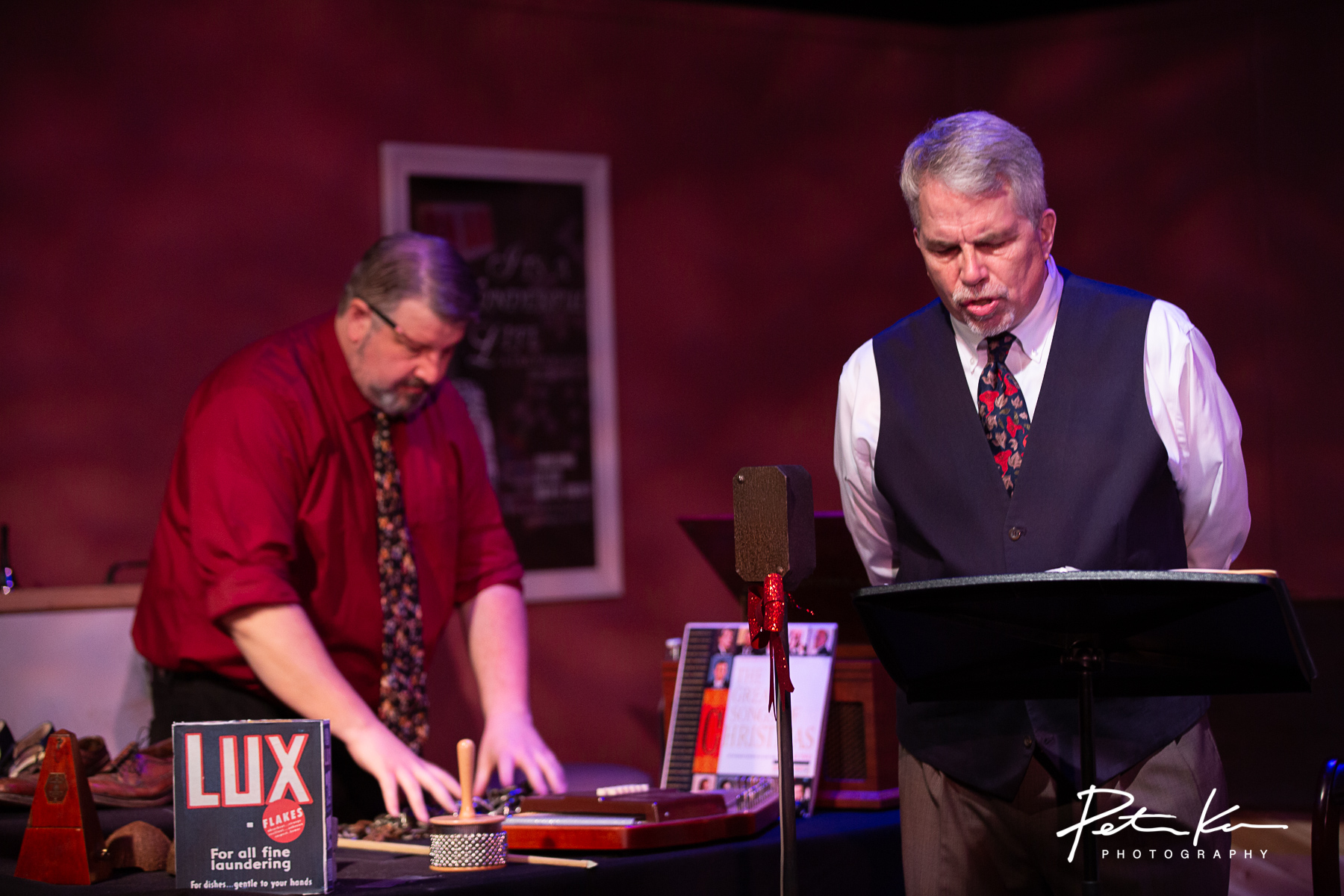 The incredible ensemble cast is energized, very capably drawing the audience into the story. Richard J. Cohen plays Freddie Filmore playing Ebeneezer Scrooge. Cohen brings exuberance and great feeling to the role of Scrooge who makes the audience believe that by the end of the story, he is a man transformed. Steve Connor brings the character of Jake Laurents to life with seven on-air roles including Ebenezer’s nephew, Fred, and the Ghost of Christmas Present. He does so with pizazz. Judith A. David is Sally Applewhite and charmingly brings to life eight characters, including many of the women in Ebeneezer’s life. Frank Newton is engagingly entertaining as Harry “Jazzbo” Haywood who plays nine characters including young Ebeneezer Scrooge and Scrooge’s iconic clerk Bob Cratchit as well as Tiny Tim. Walt Osborne as Professor Maxwell D’Arcy tickles the ivories in this production and provides some hilarity with his quest to read a note given to him before airtime. Nicole C. Pierce as Lana Sherwood brings six roles to life including the ghost of Christmas Past and a delightful young girl charming Santa Claus and the audience with the description of the doll she’d like for Christmas. Finally, Joseph Pukatsch returns to the CSP stage in another silent but fascinating role as Herman “Whizz Bang Pop” Smith, the special effects man for the broadcast, making this reviewer long for the days of old and the wonderful radio broadcasts with the brilliant sound effects that are, sadly, no longer part of our daily lives.

A Christmas Carol: A Live Radio Play is a charming take on this all-time favorite holiday story that will have no one saying “Bah Humbug!” The show runs from December 10-18. Reserve your tickets today by calling the theater box office at (302) 368-2248 or by visiting https://chapelstreetplayers.org/. Happy Holidays and may God bless us everyone.

This site uses Akismet to reduce spam. Learn how your comment data is processed.