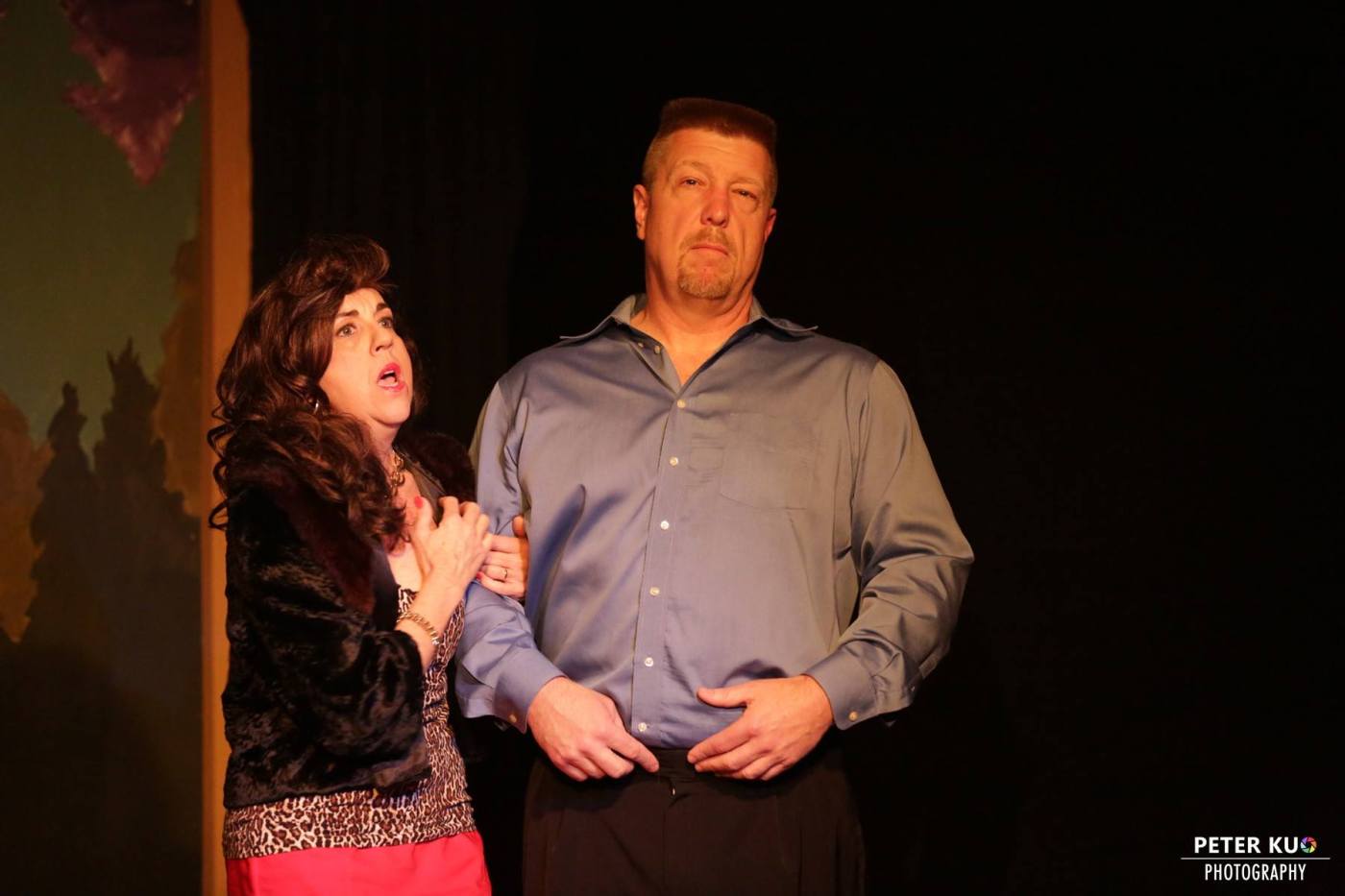 Holy Traffic, the original play by Paul Maltby, follows the exploits of the Dallariva brothers, Tony, who has just recommitted himself to his Catholic faith (and is about to have that faith tested), and his scheming brother, Joey, who has hatched an unholy plan to steal the Popemobile during the pontiff’s visit to Atlantic City and who needs Tony’s help to pull it off. The Dallarivas take the audience (and an unintended passenger) on a wild, night-time ride along

the Jersey Shore in this farce as Tony and Joey encounter an assortment of nuts—evangelical snake handlers, New Age pagans, Satanists and Voodooists—during their attempt to deliver the stolen Popemobile to their buyer.

Traffic, directed by Connie Regan and Vaughan Ellerton, drove onto the Chapel Street Players stage on the final day of March and runs through April 8th. This play has plenty of laughs and a diverse cast. Act One moves along at a nice pace with only minor bumps in the road. The dialogue seems forced at times and left me wondering if Bill Potter (Joey) had forgotten his lines and had to resort to ad-libbing his way through the scenes, but I ultimately decided it was the actor’s (or director’s) chosen delivery style. The squabbling between the brothers is initially funny, but wears thin quickly, becoming less funny as the play goes on. There are bright moments in the play, including a very funny motel exorcism scene. The play satirizes religion, so those easily offended by that type of humor should take that as a disclaimer. Additionally, Joey drops F-bombs like a B-52 over Iraq, so audience members should be prepared for that, particularly if bringing children to the show. Act Two is where the play hits a speed bump and limps to the side of the road, forcing the audience to endure ‘til the end and wishing fervently to push the OnStar button for roadside assistance…or at least an editing pen. The problem is that, at two hours and forty-seven minutes, the play is a bit too long. That’s not to say there aren’t still big laughs to be had (some of the biggest came in the second act), but the playwright should have put a sharper point on his editing pencil and cut repetitive material and material that simply didn’t work. It would be interesting to see this play after a laying on of hands in the form of a critical review/re-write.

Jeremiah Dillard played Tony with great conviction as his brother’s unwitting accomplice and drew laughs each time he (literally) came under the spotlight to denounce his faith. Brooks Black shined as Millie and Colleen Boyle, Marlene Hummel, and Sharon Brown were hilarious as novice exorcists. As always, CSP does wonders with their small stage. Vaughan Ellerton gets kudos for a smart, functional set design as well as for the cleverly engineered Popemobile, which nearly stole the show.

Here’s where the rubber hits the road. Holy Traffic is not the best production to hit the CSP stage, but it isn’t horrible, so take a pew and take a chance on this original production before it closes. If you don’t like it, you can always pray for deliverance.

Holy Traffic! runs through April 8 (visit http://chapelstreetplayers.org/ for specific show dates/times and other offerings by CSP).

This site uses Akismet to reduce spam. Learn how your comment data is processed.